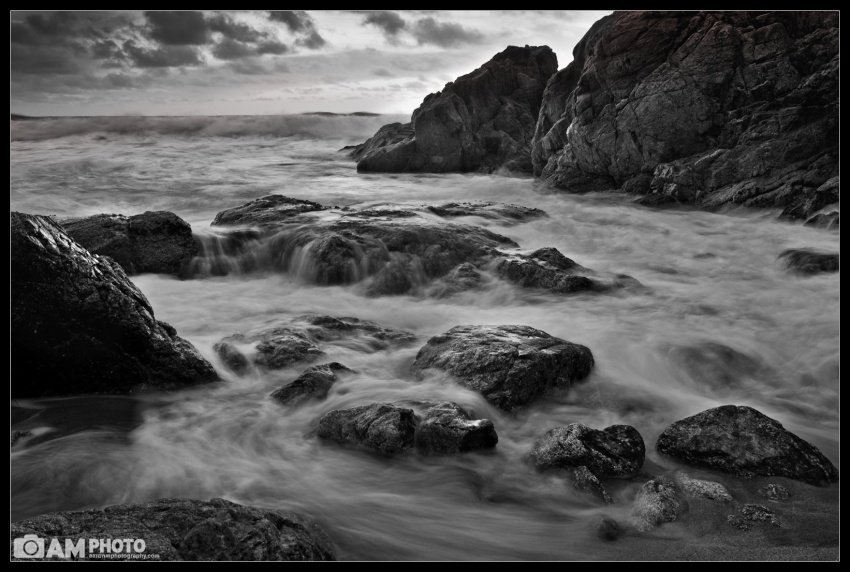 Digging through the archives so I could post something. I’ve had this photo lying around for a while and finally decided to post it. I posted this photo yesterday in ”color” but my friend MarkNKL suggested going B&W, which I like much better!

During this photo shoot I realized how useful a filter holder and set of graduated filters really was. Willie got some <i>great</i> shots and all I got was a blown out sky! It was this photoshoot that convinced me to go buy my set of soft ND grads.

After taking the photos by a set of rock outcroppings at sunset I decided I wanted to try a different spot with water going over the rocks. You couldn’t really see much of the colorful sunset, since there wasn’t much color in the sky, but I did take a couple photos and came out with this one. I liked the finished product.

This one is kinda boring since you can’t see the sunset at all, but i liked the movement in the water.