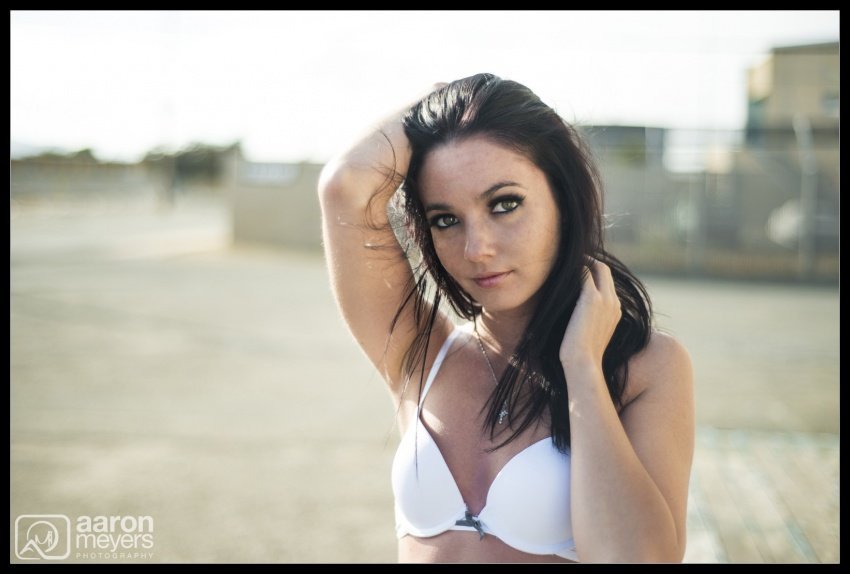 I’m working on editing all the photos from the shoot — there were just too many good ones! I’ll post them here on the blog soon. But I did want to touch on one subject tonight: how important it is to edit photos, especially from a portrait shoot. Cameras are good at guessing everything you want but they have their limitations. White balance can be off, shadows and highlights need to be tweaked, contrast pulled out, and blemishes removed.

Despite a ton of make-up on, Shanza couldn’t get rid of the spider that decided to eat her face off the night before. Editing these photos was even more important. In the top you can see the final image. Below you can see a comparison of the Original (top) to the Final version (bottom). What do you think — worthwhile edits? Here’s another shot of Shannon that we took in front of the corner of a building. It blocked the harsh light behind her and allowed her to not squint and me not to have to shoot directly into the sun. The light was actually really nice in here. To edit this one I warmed it up, pulled up the highlights a bit, added some contrast, fixed the blemishes, removed the awful purple chromatic aberration, made her a bit skinnier, and did some other minor touch-ups. What do you think?