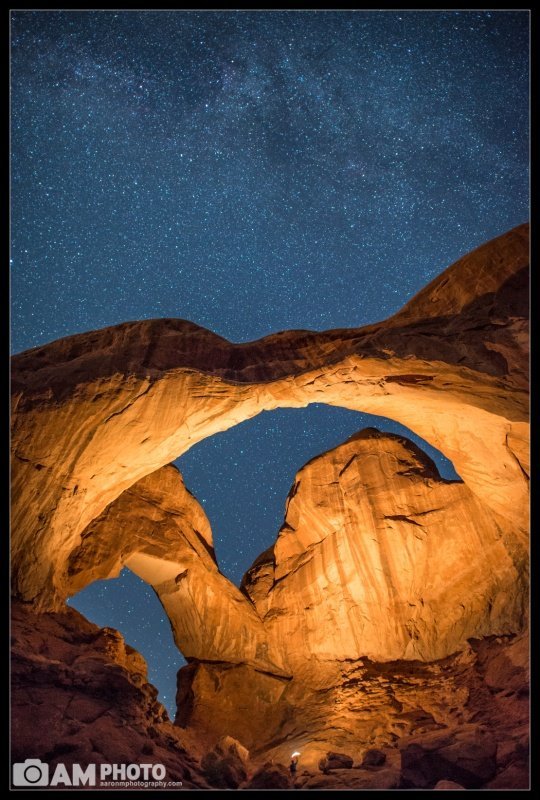 I had seen a number of nights capes below Double Arch in Arches National Park and knew I wanted to add it to my list of places to photograph. I flew into Grand Junction, CO in the morning and drove 2 hours to Moab. During the day I scouted Double Arch and had a number of ideas on where to shoot at night. I knew that night shooting was pretty much useless as the Milky Way was going to be blinded by the moon but I rented the 24mm f/1.4 lens anyways.

Andy and I met up with Phill Monson and his brother-in-law Jeff to shoot Delicate Arch at sunset. We had some time to kill before sunrise at Mesa Arch so we decided to have a try at night photography over at Double Arch. I brought along a 2-million candlepower flashlight to do some light painting and Phill graciously volunteered to do the painting while I fired off the cameras. Even though the moon was out the tail end of the Milky Way made its way over Double Arch. I wanted to include Phill in the photo to give this a sense of scape and backed up until I could compose the photo with Double Arch, Phill, and the Milky Way all in the shot. I realize this photo isnt anything special but I had fun shooting it anyways